As the most anticipated basketball simulation video game by players this year, NBA 2K23 undoubtedly has a strong grip on the hearts of 2K fans. For now, although we still have to wait a month from its official release, according to the results of many leaked test results about game content and mechanics, we have gradually seen the prototype of NBA 2K23. 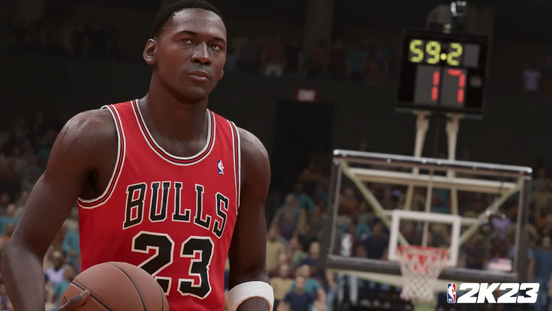 First, we've received some informative feedback based on developer testing of the dribble mechanics. In terms of the stamina function, we can see from the clip posted by YouTuber JumpmanGerm that the stamina of the player forces the player to pass or move towards the rim rather than grab the ball. This means that the defensive mechanism of NBA 2K23 will be more complete than the offensive mechanism, and players can experience it in the official version.

Meanwhile, according to a recent post by NBA 2K23 Gameplay Director Mike Wang on his social media, when the shot clock resets, the Adrenaline boosts mechanism will resume. This means that teams will also consider substitutes if players slow down and play long enough.

Also, to effectively eliminate some spamming, steal and block ratings will drop after players run out of defensive boosts.

GAMEMS focuses on your NBA 2K23 gaming experience, where you can not only get the latest news and useful information but also buy NBA 2K23 MT to advance your game and build your ideal team.